What Is A Hybrid Nonprofit?

Fund raising is a way of life for nonprofit organizations.  Of the 1.5 million nonprofits registered in the United States, the majority must run massive fund raising projects year after year.  While these groups do great and important work, we all must make choices as to which groups we can support, and how much we can donate.

We have chosen to use a different funding model, called a "hybrid nonprofit", for Esperanza Renovada, our vacation lodge and cancer survivors' retreat in Puerto Rico.  A hybrid nonprofit combines the social aspects of a nonprofit with the commercial goals of a for-profit business.  In our case, the vacation rental cabins provide income to pay for the day to day operation costs of the lodge and proceeds allow us to give free stays to cancer survivors. In other words, our fund raising campaign is strictly for the start-up and construction phases of the project.

Check out our web site at www.esperanzarenovada.org for complete details on the project. Then please share the site with everyone you know.  Your donation, and your help spreading the word, will make this project a reality.
Posted by Unknown at 7:52 PM No comments:

Esperanza Renovada is Spanish for "Renewed Hope"...and renewed hope is what our project is all about.  We are giving cancer survivors a little time on a tropical island with family - time to reconnect, time to make plans for a new life as a survivor.

We used the Spanish words for the name of our project because the lodge is located in the mountains of southwest Puerto Rico, the place that provided our "restorative escape" when we needed it.  It truly is the "Enchanted Island".

Visit our web site at www.esperanzarenovada.org to learn more about the project, about Puerto Rico, and about the unique hybrid nonprofit model we are using to operate the lodge.

Please make a donation to help us with the initial construction of the lodge...then share our information with your friends, family, and social media contacts, encouraging them to support the project as well.

Posted by Unknown at 7:15 PM No comments:

September 15 is World Lymphoma Awareness Day (WLAD), a day dedicated to educating people worldwide about lymphoma.  WLAD is a global initiative hosted by the Lymphoma Coalition, a non-profit network organization of 59 lymphoma patient groups from 42 countries around the world.  The Lymphoma Coalition initiated WLAD in 2004 to raise public awareness of both Hodgkin and non-Hodgkin lymphoma in terms of symptom recognition, early diagnosis, and treatment.

This tenth anniversary of WLAD is the perfect time to do something to promote awareness of this disease that has touched so many.

Esperanza Renovada has begun fund raising efforts to build a lodge in the mountains of southwest Puerto Rico that will offer free stays to recovering cancer patients and their families, giving them a "restorative escape", a chance to reconnect and discover their new life's focus.  While we are not limiting the free stays to lymphoma survivors, we have a special connection to them because of my own diagnosis of follicular Non Hodgkin Lymphoma (fNHL) in 2006.

We're looking for 50 people (ideally one person from each state in the U.S.) to join our team and become "Ambassadors of Hope". We are in the first stages of the initial fund raising to build the lodge.  The concept for our lodge is unique--once initial funds are raised and construction is complete, renting to vacationers will sustain the daily operations, and proceeds will allow us to offer the free stays to those who have been affected by cancer.

We are asking for small donations from many supporters--$10, $25, $50, and $100 donations are welcomed, and those amounts are affordable for most people.  But we need help to reach enough people to raise the $300,000 we need to build the lodge.  As an Ambassador of Hope, we would ask you to commit to raising $6,000.  When that goal is met, we have a free stay for you, either at our current vacation cabin rental in Maricao, Puerto Rico, or at the lodge in San German when it is completed.  We would love to have you as our guest!

Can I count on you to be on our team? 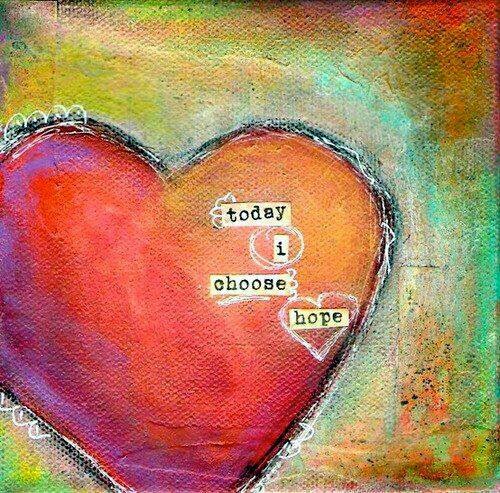 Posted by Unknown at 8:18 PM No comments:

Since September is Blood Cancer Awareness Month, and I am a blood cancer survivor, I am putting out a challenge to my fellow survivors, their friends, families and caregivers. We've set a goal of raising $100,000 during the month of September using  a "grass roots" fundraising approach:  10,000 donations of $10 each or 4,000 of $25 each.

We've already received donations from all over the globe, and we are very grateful to those who have made a small gift toward our goal.  Here's how you can help!
Please help us reach our goal of building a restorative escape for cancer survivors and their families!
Posted by Unknown at 6:33 PM No comments:

September is National Leukemia and Lymphoma Awareness Month, designated by Congress in 2010 to increase the public's awareness of blood cancers. There are several organizations dedicated to supporting those with blood cancers, among them the Leukemia and Lymphoma Society (LLS) and the Lymphoma Research Foundation (LRF). These organizations raise funds for research and patient support during the critical times of diagnosis and treatment.

Because of our personal experience with lymphoma, we know what cancer survivors go through, both physically and emotionally, and we have launched a project to provide a “restorative escape” to address the emotional healing process after treatment. The primary goal of Esperanza Renovada (Renewed Hope) is to help those who are recovering from or living with cancer to find renewed hope to move forward in their lives.

Leukemia and Lymphoma Awareness Month is the perfect time to check out our project. Please go to www.esperanzarenovada.org and learn more about the project, make a small donation in honor of someone you know who has been touched by blood cancer, then spread the word by sharing the web site and our project with your friends and family.

Cancer has touched us personally, and because of it, we traveled to Puerto Rico for the first time in 2007. Now it is leading us along a new path, using our combined experiences and knowledge to help others on their journeys.